Nepal Earthquake | We’re With You, Pokhari 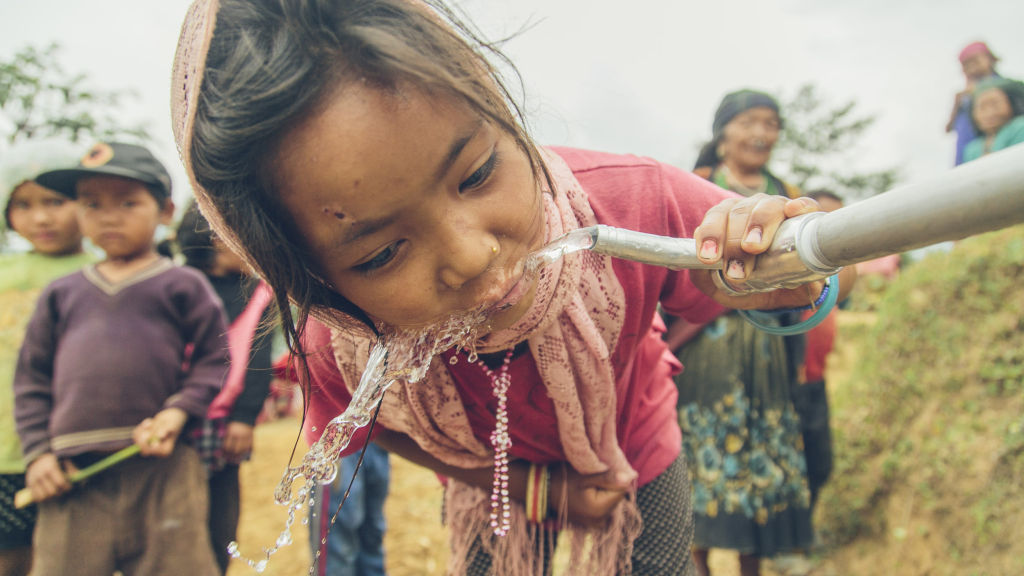 Over the weekend, our team in Nepal diligently worked to bring the people of Pokhari safe water after the devastating earthquake on April 25th. Photographer Bobby Neptune documents the difficult journey to see safe water flowing.

For hours, our truck undulated back and forth over the rough roads. There is a point where the bones in your body begin to creak and moan from the pain of the endless hiccupping from one pothole to the next. We were on our way to Pokhari, a small village south of Gorkha town in east central Nepal.

Pokhari was hit hard by the first earthquake two weeks ago. From all the reports, there was nearly nothing left of it. A few days prior, Tim Darms had done an assessment in the village and come to find out that after the quake, the freshwater spring in their village had stopped flowing and now they were walking long distances for water. Those that didn’t walk the distance for water collected water from what was left of the spring: a muddy puddle. A medical team reported cases of bloody diarrhea in the children, and all evidence pointed to the water source. Pokhari needed water. They needed help. 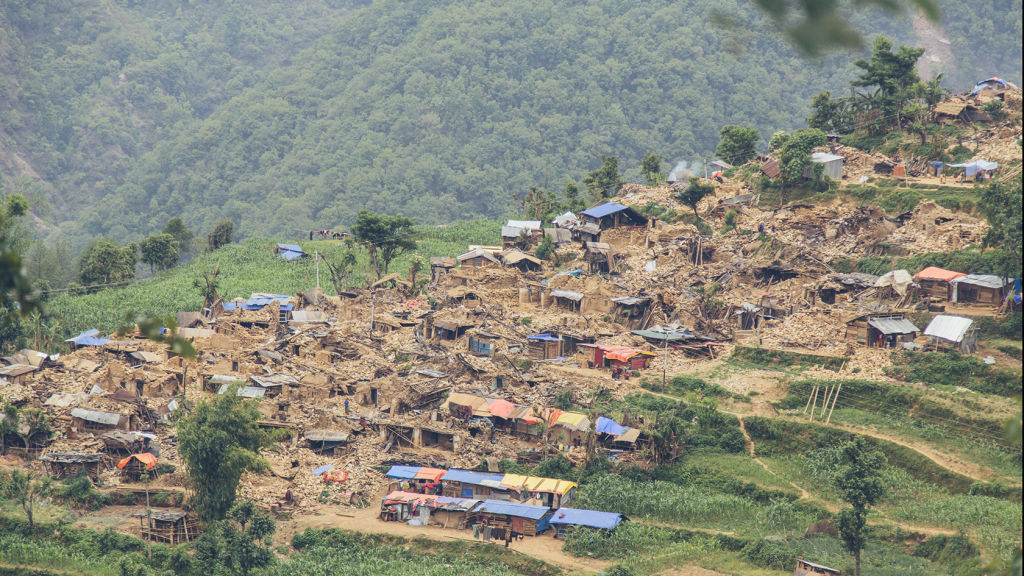 This installation was several days in the making and we had spent the last week moving pieces around the chessboard to be able to accomplish this. It was going to take over a kilometer of piping to move water form a nearby source to the center of the destroyed village. To say Pokhari is remote would be an understatement. It is located about 2000 feet on top of a ridge, deep inside a valley, several hours outside of Kathmandu. To move the heavy piping and machinery, we had a helicopter lift scheduled the following morning from the valley floor to a loading zone on one of the terraces high on the ridge. 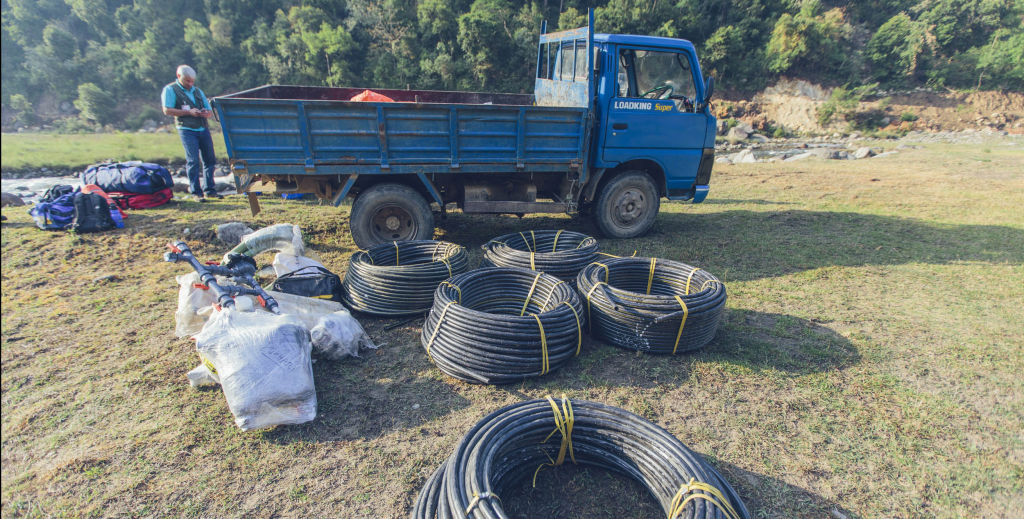 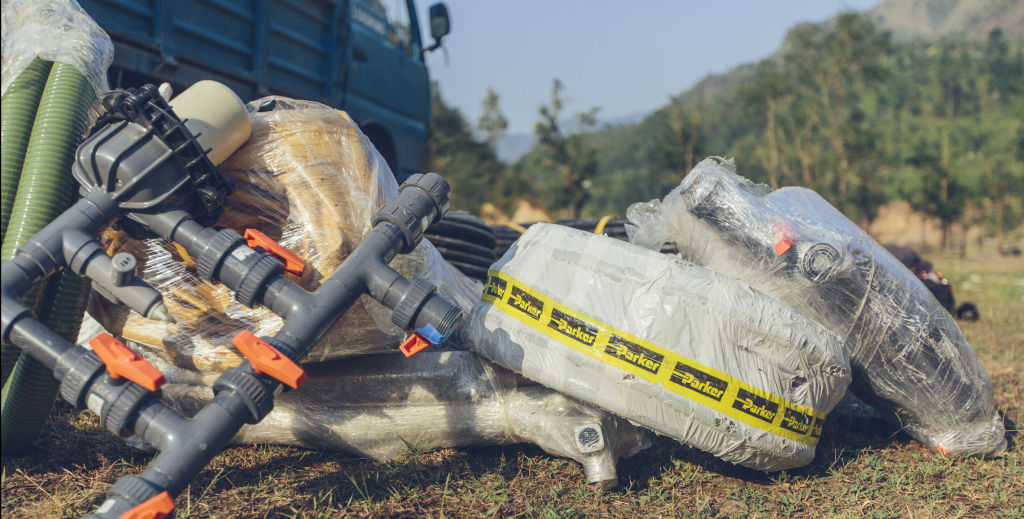 The plan was for the team to hike up very early in the morning, mark out a loading zone for the chopper and then wait for the lift to happen around mid-morning. Everything had to go perfectly.

As we rolled up on our campsite at the base of the trailhead, there was anticipation in the best of forms. A nervousness surrounded our camp as we all continued to dream and scheme about the installation slated for tomorrow. There were a lot of moving pieces. The final preparations were set, tents pitched, and a few hours of sleep were in order.

When a helicopter touches down, it doesn’t do so politely. Its rotor blast kicks up a dust storm big enough to temporarily blind the ground crew, which in this case was Seth, Craig and myself. The rest of the team had begun hiking early and had already reached the loading zone on the top of the ridge in Pokhari. It was now up to the three of us, plus a few other friends made the day prior to load the piping and chlorinator elements into the chopper at the valley floor. 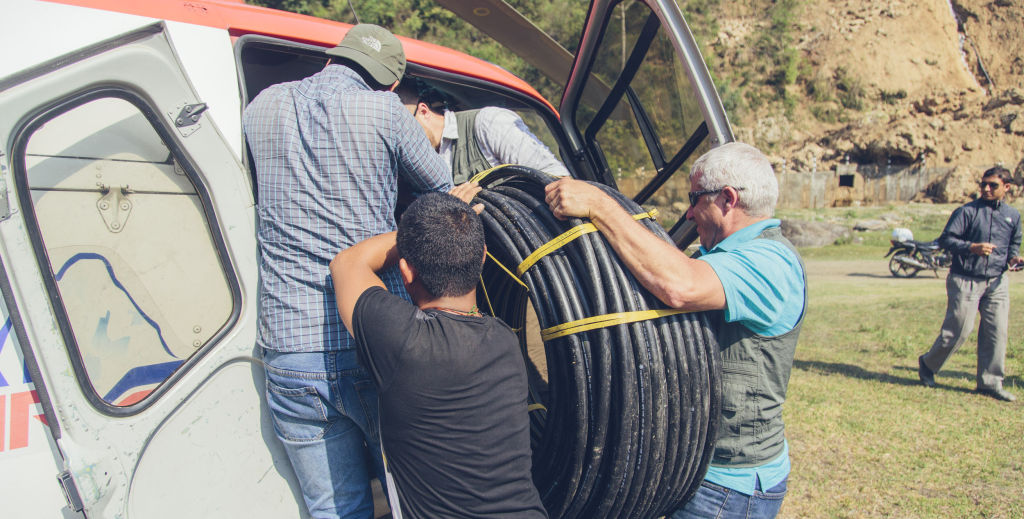 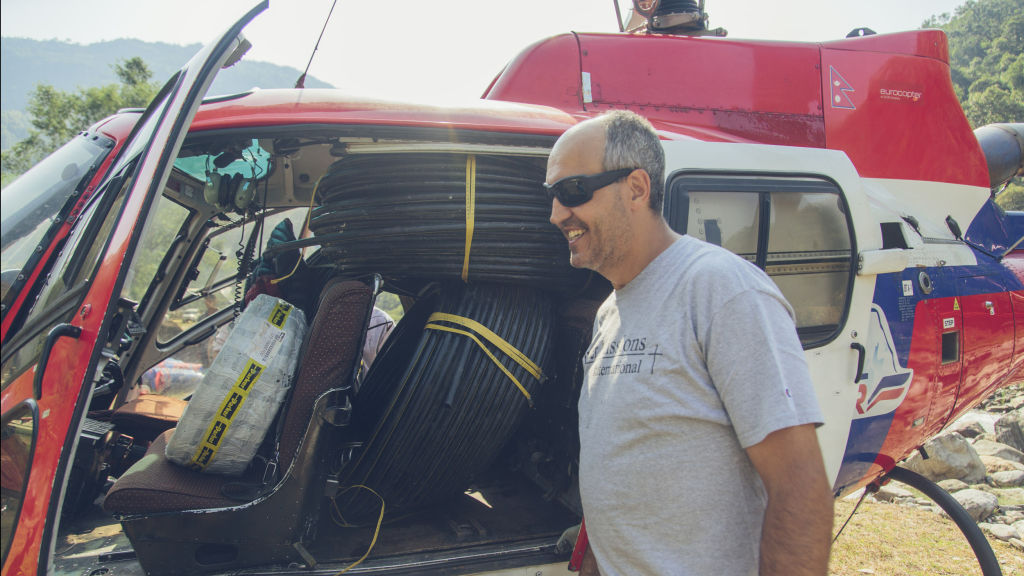 We loaded the piping in the backseat, and the other elements into the cargo holds. I jumped in the front seat to join the team up top. It took two runs of the chopper from the valley floor to the top loading zone to get all the piping, but we got it there. As we were flying through the valley and up to the loading zone, I could just barely see the Himalayas in the background. Their snow-covered peaks were parading in stillness just past green hills in the foreground. It was just a very gentle reminder of the beauty and majesty that exist here in Nepal. In the midst of the chaos and the destruction, it seems that the Lord always sends these calming reminders that He is with us and that He is upstairs cheering us on. 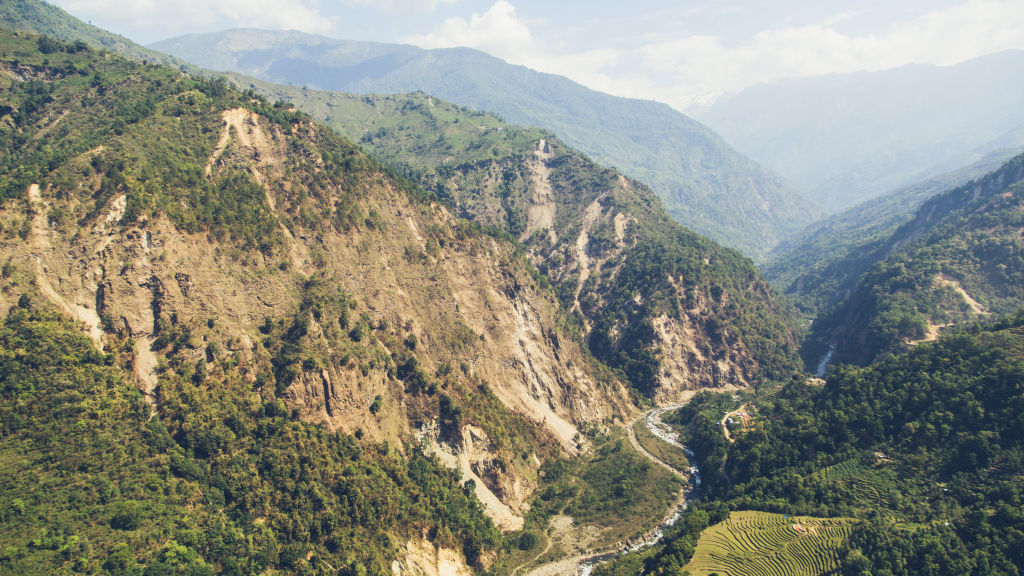 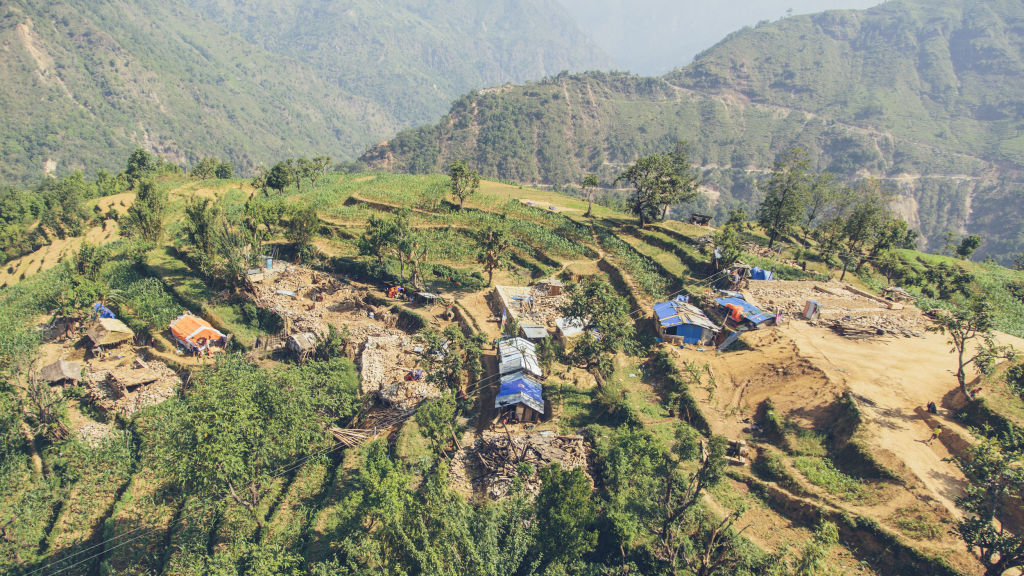 As the chopper took off and the humming pitch cleared the valley, we all began gathering the load and moving it into place. From there, we nearly immediately went to work. Pitching tents. Making camp. Coordinating with the community. Mapping out the source. Finding the bladder installation location. It was clockwork and we were the timekeepers. Tim led the team like a champ, moving each of us, including myself to accomplish different jobs from laying the piping to creating a catchment tank for the clear spring up top. Tosa went to work on the chlorinator, the bladder tank and the tap stands, while we were moving 1km of piping into place. 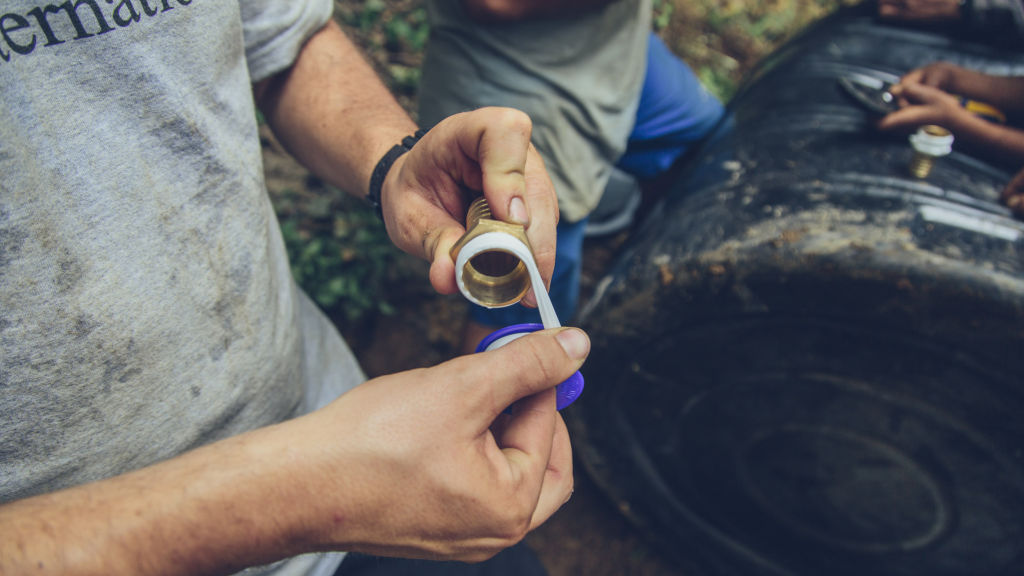 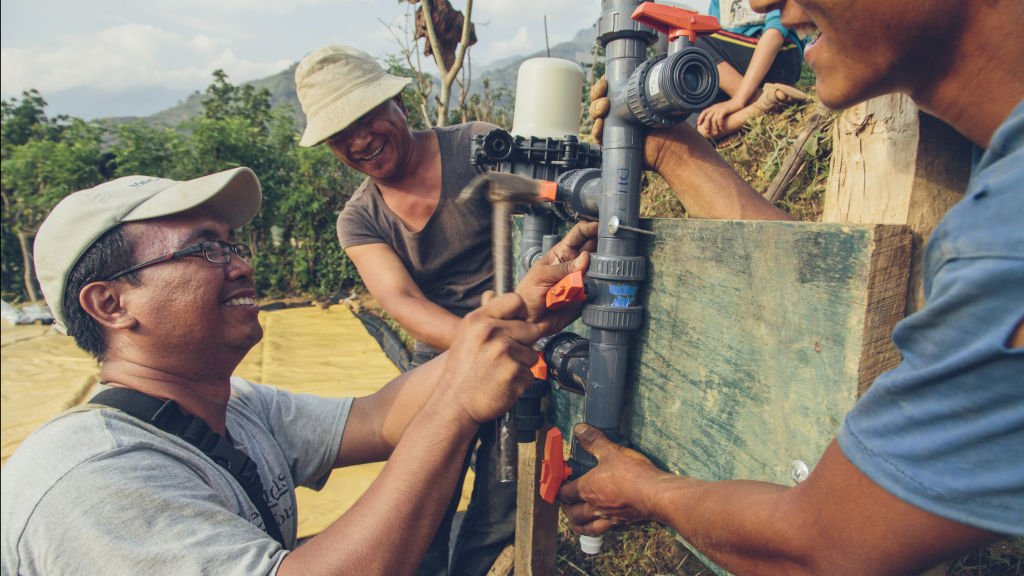 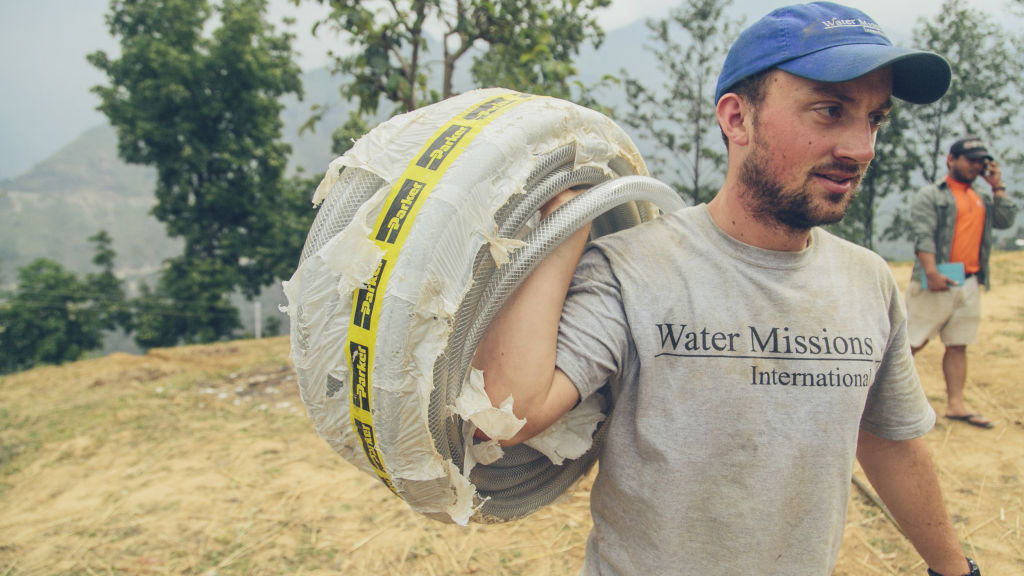 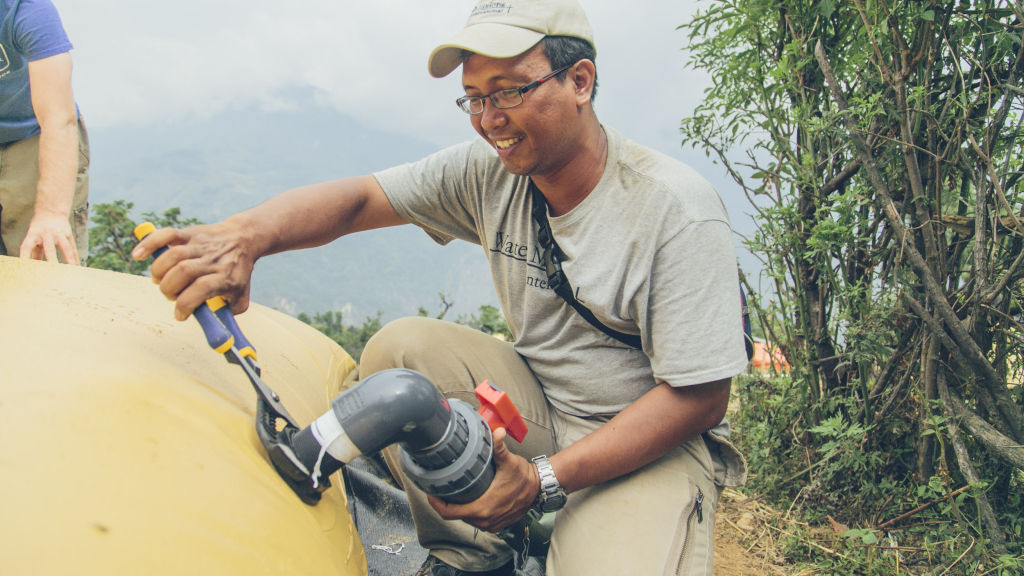 I’ve worked in the developing world for nearly a decade now and have visited many communities in different cultures around the world and there was something very unique about this community. The way they were fully involved, every one of them, from the youngest to the oldest. If they weren’t lifting, they were digging. If they weren’t digging, they were finding tools we didn’t have and needed. It was quite special to see how involved they were in the entire process.

By the end of the first day, we had water flowing from the spring through the chlorinator and into the bladder. It was an unbelievable accomplishment given the circumstances of the day, but we had succeeded. 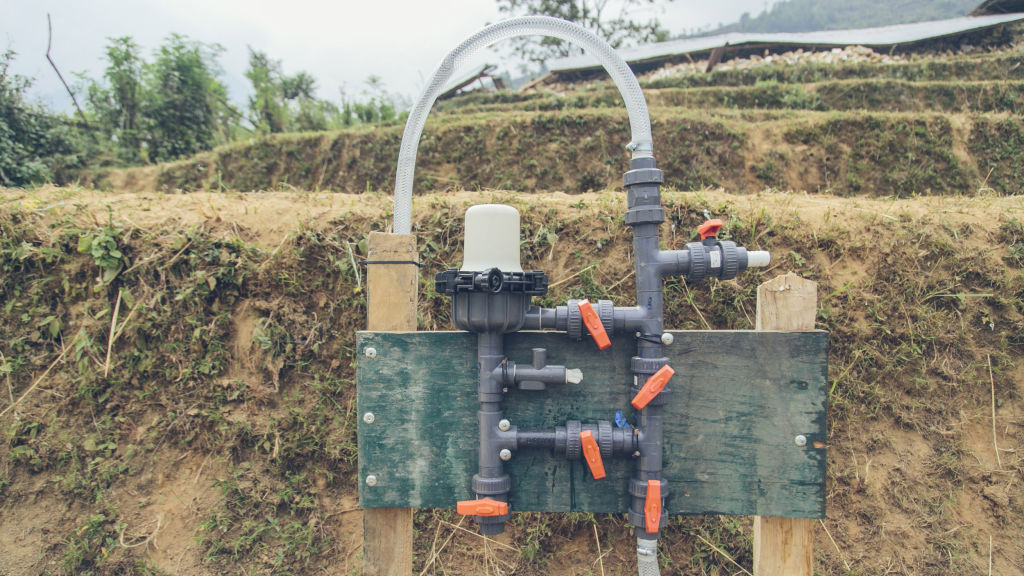 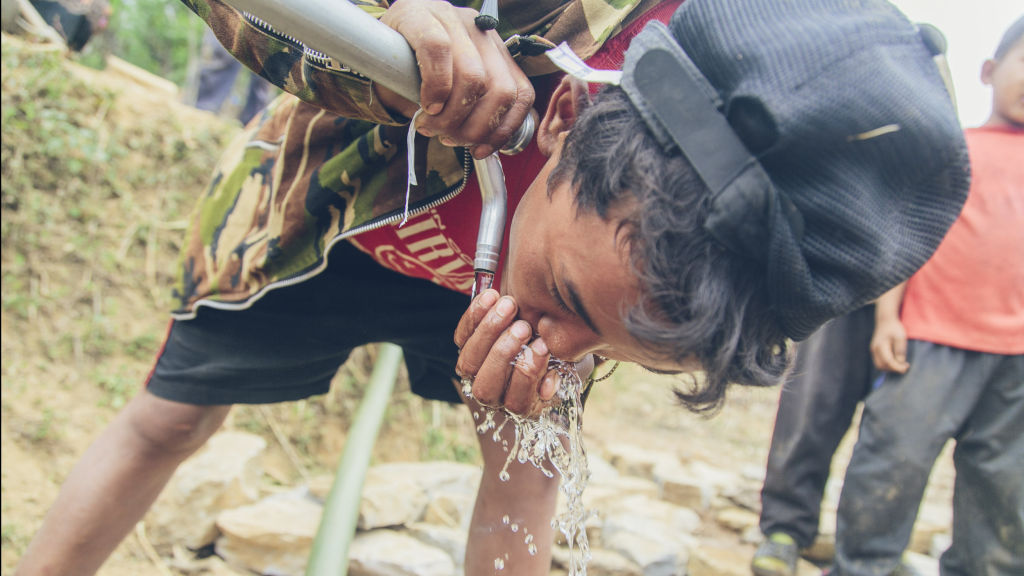 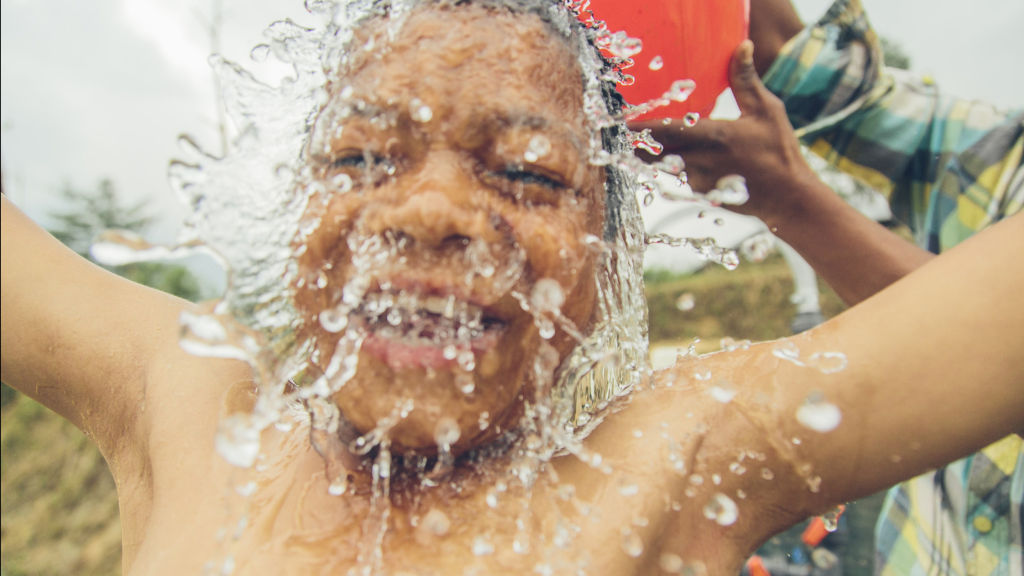 It was dark and so we all retreated to our campsite that we had made on the loading zone where the chopper had just 7 hours prior dropped off our kit. We built a little campfire and all sat around it and told stories from the day. There were several of us, a varying international contingent with 5 continents represented sitting around that campfire. The stars came out in full force and one by one we each retreated to our tents as the fire dwindled. 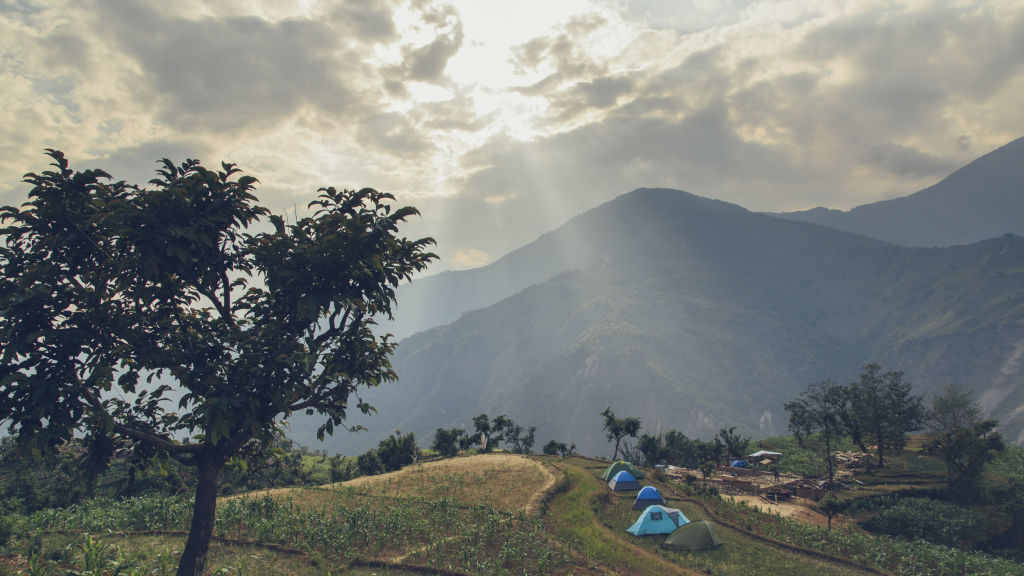 The next morning, we awoke to find that the community had done extra work through the night. They had run extra piping from the school to another tap stand in the village about 300 meters away. There wasn’t much work left to do, just putting the finishing touches on the system and doing a bit of training. The community was ecstatic. There were smiles and laughter overshadowing the sadness. 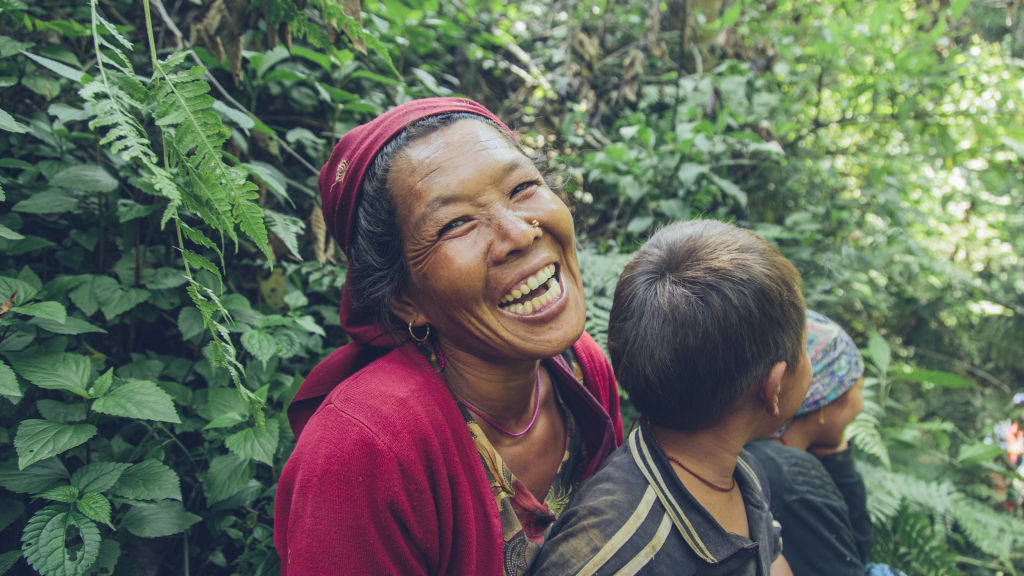 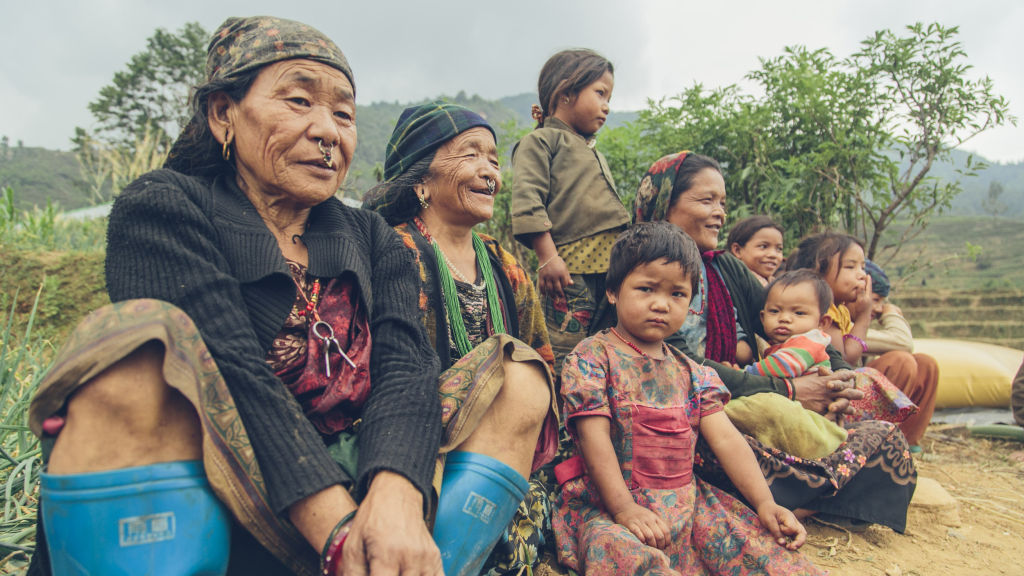 There was no official opening of the system. There wasn’t really time, but there was a quick ceremony where the community gave us all flowers and gifts they had made. It was officially operating and functioning and there was water in the community that less that 24 hours ago had not had it. 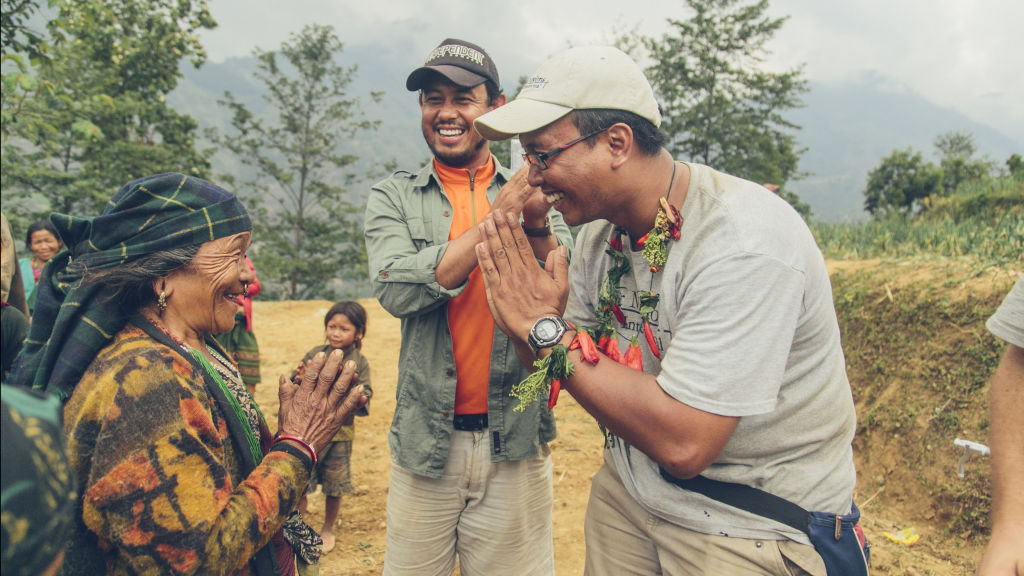 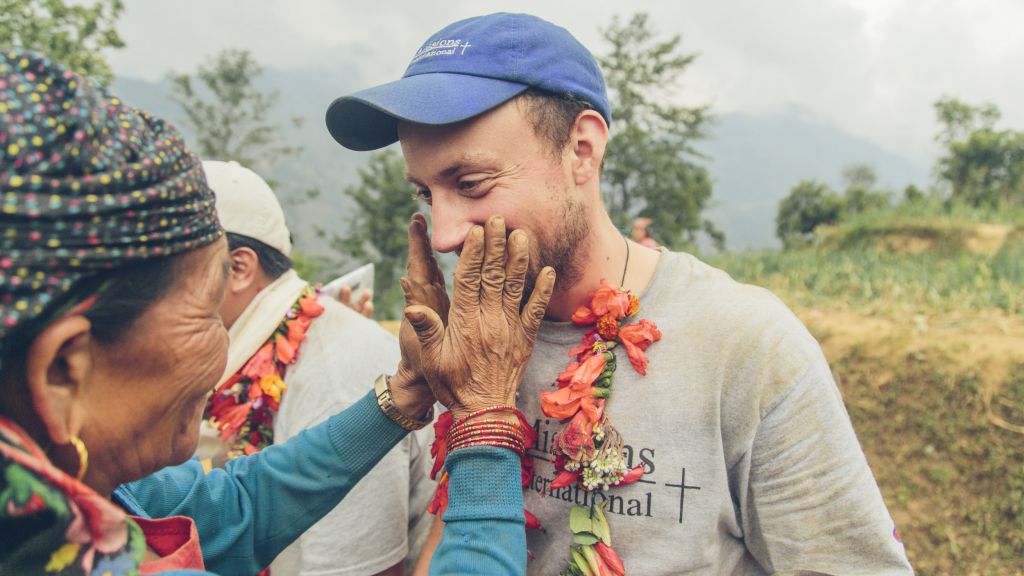 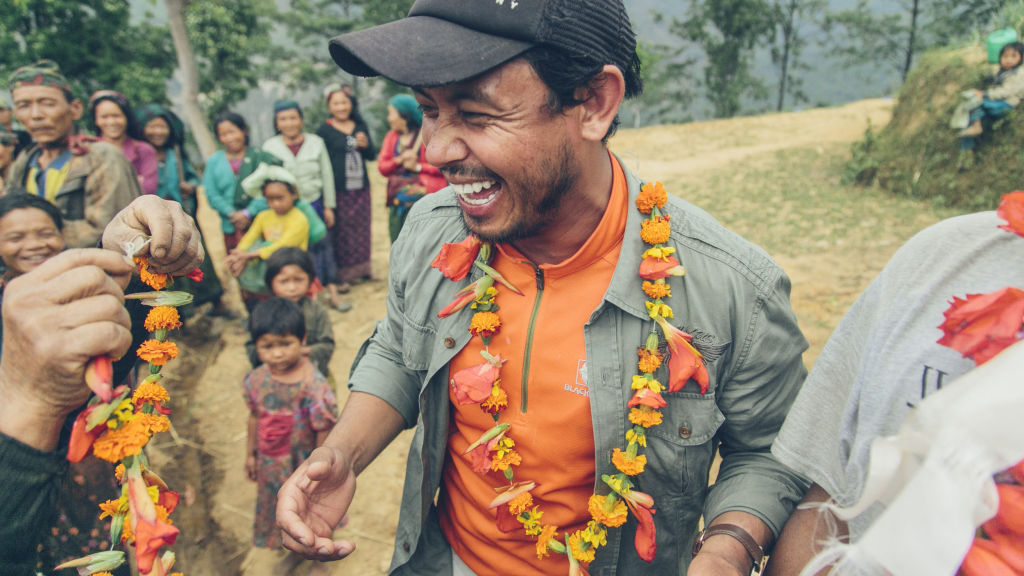 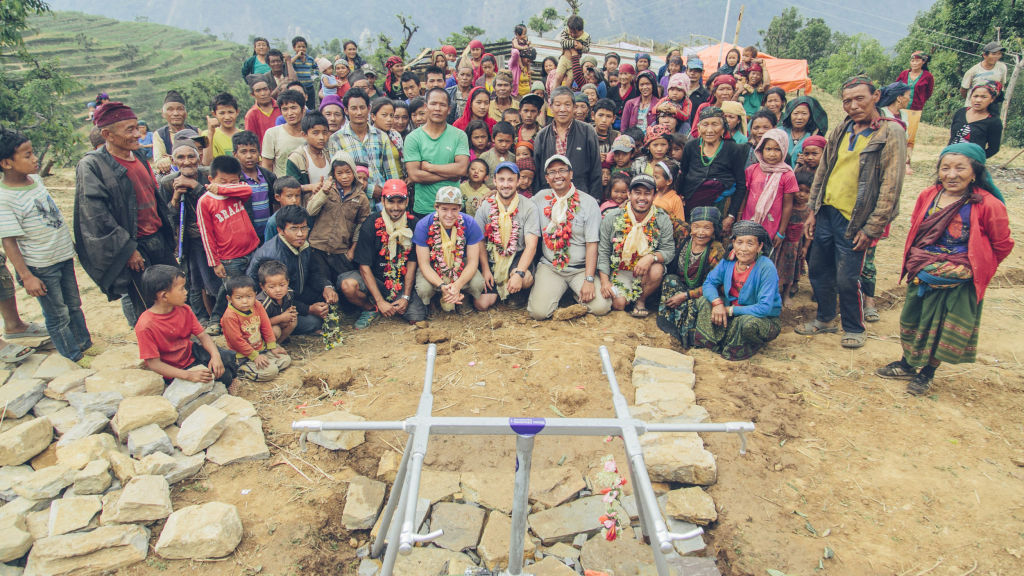 We packed up camp and started the long hike down the mountain. The hike was the equivalent of 3000 feet of stairs. We were moving at a fairly quick pace as we were sort of racing against the clock to get back before dark. We still had a 3-4hr drive ahead of us before we could reach any kind of civilization. A few minutes into our hike, it was clear that Tosa started to struggle. Without hesitation, Tim stopped and walked right next to Tosa. He carried out the entire rest of the hike at Tosa’s pace. It was at that moment that I truly understood what was happening. When you’re struggling, you just want somebody to be there for you. You just want somebody to say: “Hey man, I’m with you.” What Tim did for Tosa is exactly what we had just done for Pokhari. In the middle of their struggle, we came alongside, put our hand in their hand, our arm on their shoulder and said: “We are with you guys. We are here for you.” I think by doing that, we were able to inject hope into our friends in Pokhari the same way Jesus injects hope into our lives. He is the Great Provider, the One Who Is Always There. He is always walking next to us saying, “I’m with you.” 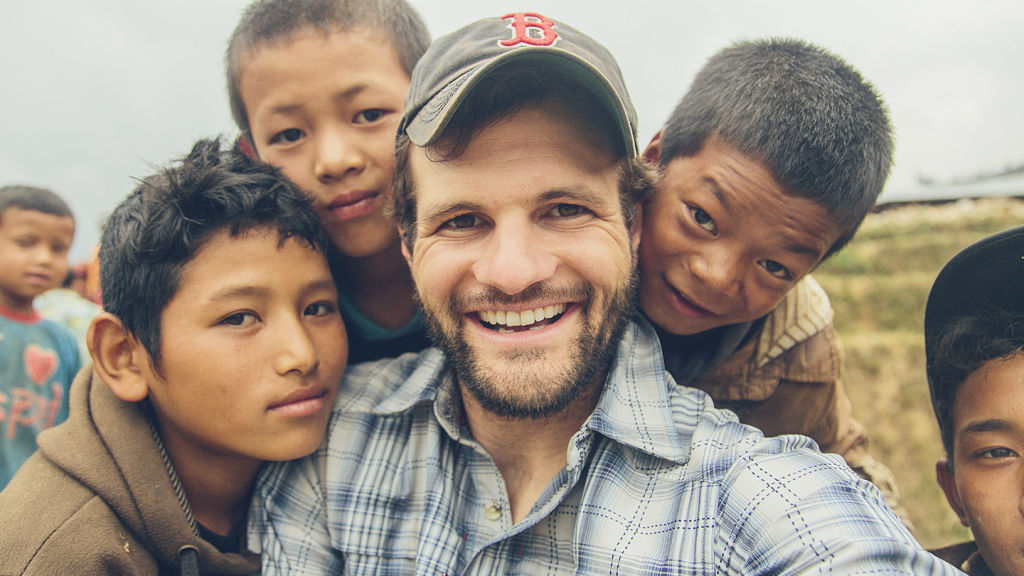 Bobby Neptune (above) is a humanitarian photographer and storyteller currently on assignment in Nepal with Water Missions.